You can read part 1 of my writing journey here, or dive straight in with part 2.

In my last post, I told you about my early writings and how my writing developed over my teenage years. Finishing the novella was a significant moment and gave me so much more confidence. In 2013 I started work on a new book for the Extended Project Qualification. The project was alongside my second year of A-levels, so it was a very busy time. Most other people wrote essays, I could have written a short story. For some reason I decided to write a whole novel for a qualification I’d get an actual mark for, when I’d not yet finished a whole novel. Perhaps it was over-ambitious, but I had the belief that I could do it.

This was the first novel I planned out chapter by chapter, in the hopes it would keep me on track. And it worked. I finished it in three months. At the age of 17 I finished my first novel. Inspired by studying psychology, the book was about a girl who develops schizophrenia and her journey. It was more serious than anything I’d written before, although it was still in the young adult genre. I wrote it almost in a trance. The words just poured out of me. I’d never had a feeling quite like it before. It all came together, and somehow it just felt right. That book will always have a special place in my heart, and I would like to see it published some day. I haven’t touched it since then, because I knew I would need to develop my writing skills more and come back to it to be able to make it the best it could be. 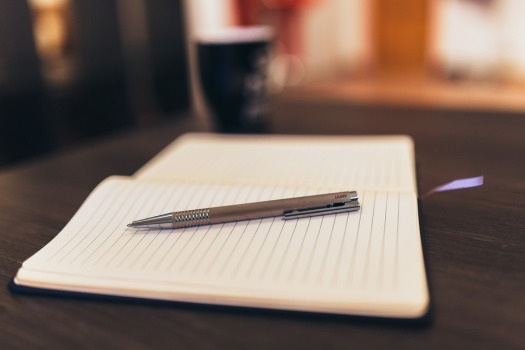 After completing my A-levels, I had a long summer in 2014 before starting my first year of university. And I took full advantage of that, fuelled by the elation of finishing my first book. Again, I planned out an outline and decided roughly what would happen in each chapter. It took two months for me to finish the YA science-fiction novel. I’d found the process that worked for me. Every writer works differently. For me, planning was definitely key.

The following year I wrote the second and third books in the trilogy. I’d reached the next big goal – finishing a whole series. After that I went back to the first book to redraft, as I’d changed some major elements after writing the second and third books. I dipped in and out of that, while writing poems and short stories as part of my assignments for the Creative Writing element of my degree.

The next big project was the dissertation. I had the choice to do an English Literature or Creative Writing dissertation. Choosing the writing route, I planned to submit an extract from an experimental literary fiction piece. Very different from what I’d worked on before.

After finishing university, I carried on redrafting the first book in the YA sci-fi trilogy. It needed work, but I felt it had potential and was worth dedicating the time to improving it and getting it to a standard that I would be happy to submit to agents. However, aside from university work, the trilogy was the only project I had worked on during that time.

That’s how I ended up writing a short story for the Just-Us League’s Of Legend and Lore anthology. Taking time out from my main project gave me the opportunity to write something and see it through to publication, and was probably a good idea. After that was finished and published, I returned to the trilogy with fresh eyes.

In 2018 I completed the seventh draft of the first book in the trilogy. It had now been four years since I wrote the first draft. It was a long time to work on one project. So now I’m having a break from it. I’m happy with the progress I’ve made, but it still needs some more work. It’s once again time to put it aside and work on something else so I can come back to it with fresh eyes.

Currently I’m planning a YA fantasy series, and I’ve learnt from previous mistakes. I’m going to do my most thorough planning yet, so I can hopefully iron out any major plot issues before I start writing and avoid having to do as major redrafts as I did for the science fiction book.

Where will my writing journey take me next? Hopefully one day to publication. My dream is to be a published author, to be able to write novels for a living. I’ll keep working to that goal.