I used to have a feature on my blog called Quote Mondays that I uploaded quite regularly, but tailed off a year or so ago. So I’ve decided to throwback and look through my old posts to find 10 inspiring book quotes. 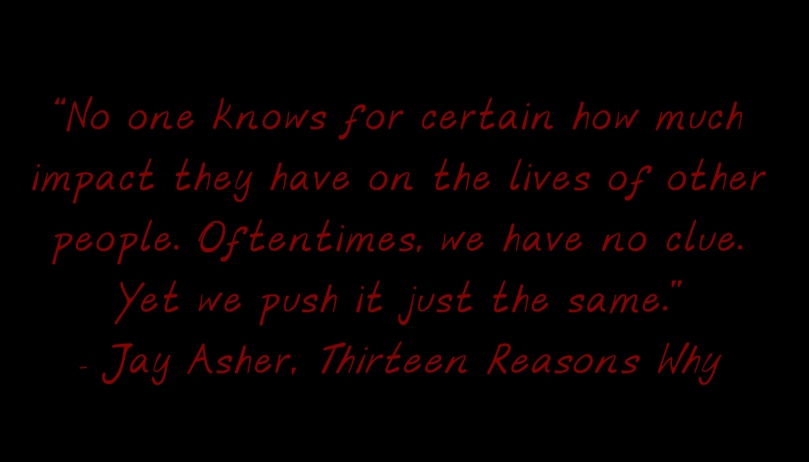 END_OF_DOCUMENT_TOKEN_TO_BE_REPLACED

Daughter of Smoke and Bone by Laini Taylor

The note was on vellum, pierced by the talons of the almost-crow that delivered it. Karou read the message. ‘He never says please’, she sighed, but she gathered up her things. When Brimstone called, she always came.

In general, Karou has managed to keep her two lives in balance. On the one hand, she’s a seventeen-year-old art student in Prague; on the other, errand-girl to a monstrous creature who is the closest thing she has to family. Raised half in our world, half in ‘Elsewhere’, she has never understood Brimstone’s dark work – buying teeth from hunters and murderers – nor how she came into his keeping. She is a secret even to herself, plagued by the sensation that she isn’t whole.

Now the doors to Elsewhere are closing, and Karou must choose between the safety of her human life and the dangers of a war-ravaged world that may hold the answers she has always sought.

The first in a trilogy, Daughter of Smoke and Bone is a phenomenal book. The world is so imaginative and captivating, it didn’t take me long to fall in love with it. I very rarely give 5 star ratings, because I usually have something to criticise, even something small, or it just doesn’t blow me away enough to warrant 5 stars. I had no hesitation giving that accolade to Daughter of Smoke and Bone.

I didn’t know what to expect from this book from the rather mysterious summary. It certainly piqued my curiosity. I don’t want to say too much about the plot, because it’s not knowing what’s really going on that kept me hooked, so I don’t want to spoil that for anyone who hasn’t read it yet. Karou lives in the human world, but the only family she has known seem to occupy an ‘Elsewhere’ place that they won’t explain to her, leaving her in the dark as to why Brimstone, her guardian, sends her on missions to buy teeth. Karou is so curious about what he uses these teeth for, and I was compelled to keep reading to find out why too. What’s great is that it wasn’t predictable.

END_OF_DOCUMENT_TOKEN_TO_BE_REPLACED

The next collection to be released by the Just-Us League is Fractured Ever After, to be released on 27th April 2019. The collection of fairy tale retellings will be the group’s seventh anthology. Author LB Garrison joins me to discuss his contribution to the anthology – ‘Beauty’.

Have you ever watched the stars on a warm summer night and wondered if someone was looking back? Thoughts of dinosaurs and aliens dominated LB Garrison’s childhood. Adult concerns came later, but never could quite crowd out the wonder.

A microbiologist by profession, and dreamer by choice, LB has always been an avid reader of science fiction and fantasy, and recently a writer of speculative fiction.

END_OF_DOCUMENT_TOKEN_TO_BE_REPLACED

This week’s Top 10 Tuesday is a pretty fun topic! There’s a lot of different factors that go into me picking up a book. Sometimes it’s an impulse buy because of a pretty cover and awesome back cover description, other times its because I’ve read lots of really good reviews of it.