It’s the show everyone seems to be talking about, and the most-watched, as it had the biggest BBC drama overnight viewing figures since the Doctor Who Christmas episode of 2008. The big question is – is it worth the hype? The answer to that question is simply yes. This review will be relatively spoiler free, so don’t worry about seeing any in this post. If, however, you decide not to read on for fear of spoilers, take one thing away: go and watch this show.

Bodyguard follows the story of David Budd, who is assigned to protect the Home Secretary, played by Keeley Hawes. The story is set in London in a time when the terrorist threat to the UK is very high. The plot unfurls across six episodes, and maintains high tension and mystery throughout. Tension and suspense drives the thrill of this series, and boy does it have bucketfuls of suspense. There are lots of twists and turns with conspiracies, and I found it totally unpredictable in the most exciting way.

I liked that it wasn’t too violent. So many TV shows these days have unnecessary violence. There was one scene where rather a lot of blood got splattered about, and David Budd does seem to regularly walk about with injuries and blood on his face. But the suspense is built from tense scenes, rather than violence, which I really liked. Nothing felt rushed. The slow build of scenes meant that suspense took the forefront in this series.

END_OF_DOCUMENT_TOKEN_TO_BE_REPLACED

There are so many books I have enjoyed, but haven’t read any more works by the author. I really should read the books on this list.

1) Leigh Bardugo, Six of Crows – I finished the Grisha trilogy this year and now I’m looking forward to diving into another of Bardugo’s series.

2) Cassandra Clare, Clockwork Prince and others – I feel very behind on Clare’s books. I still haven’t finished the Infernal Devices series and she keeps bringing out more and more novels.

END_OF_DOCUMENT_TOKEN_TO_BE_REPLACED

The Rose and the Dagger by Renee Ahdieh

In a land on the brink of war, Shahrzad is forced from the arms of her beloved husband, the Caliph of Khorasan. She once thought Khalid a monster—a merciless killer of wives, responsible for immeasurable heartache and pain—but as she unraveled his secrets, she found instead an extraordinary man and a love she could not deny. Still, a curse threatens to keep Shazi and Khalid apart forever.

Now she’s reunited with her family, who have found refuge in the desert, where a deadly force is gathering against Khalid—a force set on destroying his empire and commanded by Shazi’s spurned childhood sweetheart. Trapped between loyalties to those she loves, the only thing Shazi can do is act. Using the burgeoning magic within her as a guide, she strikes out on her own to end both this terrible curse and the brewing war once and for all. But to do it, she must evade enemies of her own to stay alive.

The saga that began with The Wrath and the Dawn takes its final turn as Shahrzad risks everything to find her way back to her one true love again.

Perhaps I shouldn’t have been surprised that this book didn’t blow me away, considering my fairly neutral reaction to the first book. But I felt invested enough to read the sequel.

It was very slow at first. A quarter of the way in very little had happened. I’m not talking about a lack of action. Action scenes aren’t required to move the story. The problem was that nothing happened to move the plot forward. About a third of the way through it started moving a bit but was still plodding. Perhaps some of the problem was Shazi and Khalid being apart, the spark their relationship created in the first book was missing as a result of them being apart for the first third of the novel.

After a slow start, it picked up half way as more magical elements were introduced to the story and Shazi and Khalid find out how they are going to break the curse on him. This gives them a more defined goal to drive their next actions which made me more engaged in the book.

END_OF_DOCUMENT_TOKEN_TO_BE_REPLACED

I really need to watch more TV shows! In the past, I didn’t watch TV that much, but when I went to uni and lived alone, being able to watch whatever I want meant I started watching more TV. This list is a mixture of shows I loved and shows that were strangely addictive even though they were fairly average. 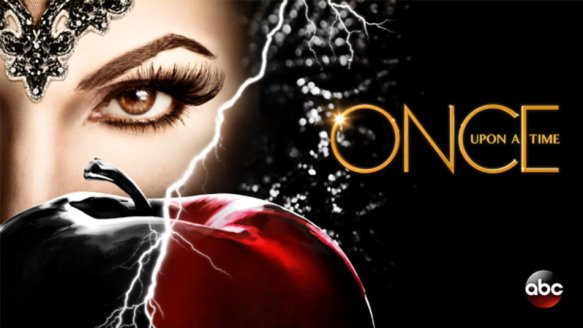