Film Review: Fantastic Beasts and Where to Find Them

Fantastic Beasts and Where to Find Them is the latest spin-off from the Harry Potter series. The script, penned by J. K. Rowling, follows magizoologist Newt Scamander on a trip to America. Trouble inevitably follows when some creatures escape from his suitcase. Meanwhile, dark wizard Gellert Grindelwald is causing disturbances in the wizarding world.

I was excited to dive back into Rowling’s world and wasn’t disappointed. Visually, it’s as stunning as Harry Potter. There is incredible detail and such imagination in all of the sets, making it an immersive experience you can just get lost in.

Other reviews I’ve seen have found Newt flat in comparison to his friends Tina, Queenie and Kowalski. However I found his character quietly charming. It makes a change for a main character and he’s certainly different from Harry. I loved his interactions with his creatures and the bond he clearly has with many of them. The aforementioned characters also all gelled well together. The acting was very good all round.

At first I was kind of wondering where the plot was going. There wasn’t anything to connect the various events going on in the film. But when things started to come together it made a lot more sense. It was quite unpredictable in many places. I was often surprised. There was a strange mix of humour and darkness. Newt and Kowalski’s escapades with the escaped creatures are very humorous, but there are also a lot of dark goings-on. There are also political undertones to the film as it looks at prejudices and restrictions (wizards and No-Maj/Muggles aren’t allowed to interact or marry), and child abuse.

There are to be a total of five films in the franchise. At this point I’m really not sure why five films are necessary. I loved this first one, but how can they stretch this plot into five? It seems a little excessive. But I’m not exactly complaining. I’m happy for the magical journey to continue. So long as they don’t ruin it by stretching the plot too thin.

Today I bring you an interview with author Kelsie Engen, whose story The Bear in the Forest will be published in From the Stories of Old: A Collection of Fairy Tale Retellings by members of the Just-Us League writing group.

Kelsie Engen grew up in North Pole, Alaska, where the winters are harsh but beautiful. Those winters may or may not have inspired those in Canens and “The Bear in the Woods.” She can be found at kelsieengen.com, and Instagram @kelsiengen, or hunched over her laptop working on her current fairy tale inspired by the other “Snow White.”

What can you tell us about your retelling and what inspired it?

You know, funny story about that. A group of us writers had agreed to rewrite some fairy tales for an anthology, and I had narrowed my choices down to two stories. I’d been on a fairy tale kick anyway, recently having polished off Grimm’s fairy tales, a few of Andersen’s, and then some others as well. In late 2015, I had started writing a series inspired by a trio of some of the most popular fairy tales, a series I’m still polishing up. But for this anthology, I wanted something a little lesser known.

I kind of had to change tracks after that, and as the two stories are vastly different, one with a happy ending, the other without, I actually had a tough time getting started. But overall, this story perhaps stretched me more and I’m happy I stuck with the “surprise”!

Well that worked out well! What aspects of writing it did you find challenging?

I think the biggest complaint about Snow White & Rose Red–and one of the problems I’ve always had with it–is how convenient the ending is. I mean, endings are difficult enough, but fairy tales tend to either really nail it or really flop. And SW&RR is frustrating on a few levels, which I think is why it’s been a less popular version of Snow White. So I felt challenged in making the ending work while also being true to the original tale. All too often fairy tales seem to offer limited types of cardboard cutout characters in order to expound upon the moral that the authors wanted to teach, and to make matters worse, they just add a last minute ending that hasn’t been properly developed or foreshadowed. So for me with this particular tale, the ending always felt way too convenient, and I had to really work to figure one out that made more sense and kept the story true to itself.

END_OF_DOCUMENT_TOKEN_TO_BE_REPLACED

Today I’m revealing the cover for From the Stories of Old: A Collection of Fairytale Retellings. The book is an anthology of stories by members of the Just Us League writing group.

In this international collection, new life is given to fairy tales, both classic and obscure.

Mythical creatures put the fairy in Fairy Tale. Mermaids, selkies, and ocean guardians experience the best and worst of humanity; sisters encounter an unusually friendly bear; a brave bride meets a silly goose; and a spinner of gold sets the record straight.

Urban fantasies modernize classics: a Frenchman learns the truth about magic, his past, and his girlfriend; a girl sets out to find love but receives a curse; and today’s naughty list makes Old Saint Nick not-so-jolly.

New worlds bring a fresh sense of wonder! In the future, a young woman fights for her people and herself; a bastard son finds acceptance in a world ruled by women; and a farmer’s wits win the heart of a frosty king.

Discover unexpected twists on old favorites, and fall in love with new tales and worlds to explore!

The beautiful cover is designed by Louis Rakovich of Indigo Forest Designs. 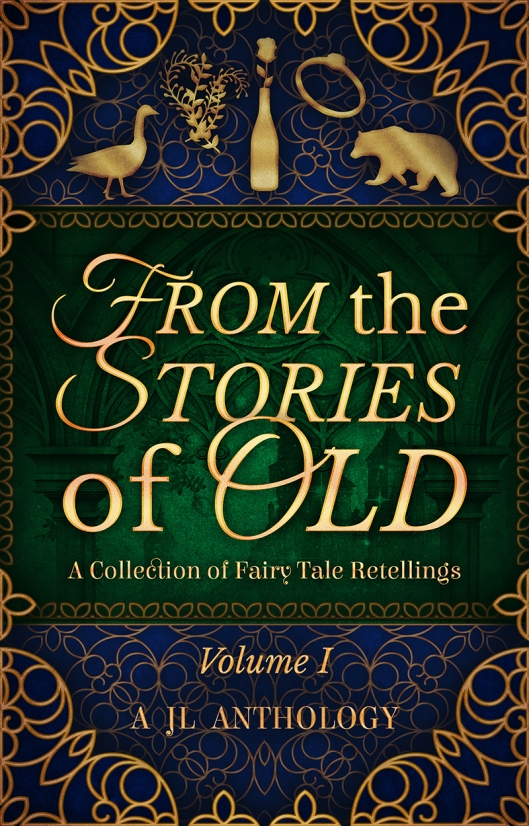 On Sunday I’ll be posting an interview with one of the authors – Kelsie Engen.

The book is available on 7th December 2016 in paperback and on Kindle!

The DUFF by Kody Keplinger

Beauty really does lie in the eye of the beholder…

Seventeen-year-old Bianca Piper is smart, cynical, loyal – and well aware that she’s not the hot one in her group of friends. But when high-school jock and all round moron Wesley Rush tells her she’s a DUFF – a Designated, Ugly Fat Friend – Bianca does not the see funny side. She may not be a beauty but she’d never stoop so low as to go anywhere near the likes of Wesley … Or would she? Bianca is about to find out that attraction defies looks and that sometimes your sworn enemies can become your best friends … With a wry and tell-it-like-it-is voice, The Duff is a witty and poignant story of a teenager struggling with the rules of high school attraction, along with the breaking down of her relationships with family and friends. It is a novel about what it means to be sexy, in a world where we feel we have to be perfect!

I’m not sure why I decided to read this book since I was pretty sure that I wouldn’t like it. That doesn’t usually dictate a book choice. I’ve had this on my Kindle for a while, I think I got it in a deal. But really, it’s been a couple of years since I would have enjoyed this kind of book so I’m not sure what I was thinking.

It could have been worse, I’ll say that. But it could have been way better too. One of the upsides was that the main character’s voice and personality came through the narration right from the first page. I can see why people would like Bianca’s character and associate with her. She’s a pretty normal girl and isn’t one of those main characters who seems to be perfect, or who spend the whole time moaning about how they aren’t perfect/beautiful. Bianca only really starts thinking about her appearance when Wesley calls her the DUFF. She has flaws and did stuff which seemed really stupid to me and would have been annoying, but Keplinger put her thoughts across really well so I kind of understood Bianca’s reasoning, even though I thought she was being an idiot.

In terms of the other characters, Wesley was okay but didn’t really break the mould much. The jock-who-sleeps-with-everyone-but-then-meets-the-main-character-who-changes-him trope has been done before. Jessica and Casey, Bianca’s friends, were quite flat and 2D at the beginning and I couldn’t even distinguish between them, but as the book went on I gradually could see their individual personalities. They’re pretty good friends.

So many teen romance stories just bang on about the hot guy and the romance stuff. But The DUFF actually deals with some more serious topics too. It looks at Bianca’s home life, at issues of divorce and alcoholism. I was pleasantly surprised to see these serious issues in there, as I’d been expecting it to be over the top teen romance. It made the book more realistic.