So, I finally caved and got Twitter. Still not sure how I feel about this. I’ve never really been than interested in getting it, but someone advised me to join so I could follow other writers and publishers and I thought why not? I’m still trying to figure out how on earth to use it, though. If you interested, here I am: https://twitter.com/mtwilsonwrites I’ll mainly be posting about writing type stuff. We’ll just have to see how this experiment goes…

I went into London for the day on Monday to meet my parents. Since I’m at university it had been a few weeks since I had seen them so it was really nice to meet up with them. I went to Harrods with Mum to have a look around. The Christmas Shop was really disappointing though, there wasn’t much there and there wasn’t even Christmas music playing! Then we met Dad at Covent Garden and had dinner at Maxwell’s Bar and Grill. The meal was very nice and the service was good too. As the Christmas lights were turned on the night before we had a wonder around, looking at the lights around Covent Garden. 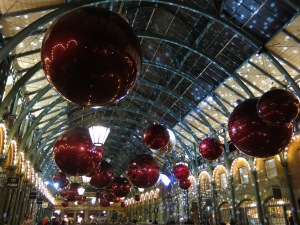 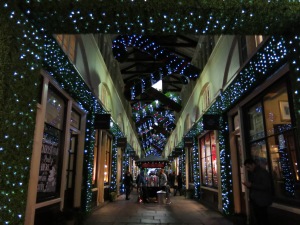 Then we went to Victoria Coach Station to go on a night bus tour with Golden Tours. It was an open top so it was good for taking photographs, though it was very cold! The route was good, it went past a lot of landmarks and we went over the river several times so there were lots of opportunities to take pictures of the Thames. The tour was an hour and a half in total which was a nice length and the tour guide had a lot of interesting things to talk about. I’d never really fancied going on a bus tour before because I thought it sounded boring, but going at night was great because the city looks so different. I would definitely recommend it. 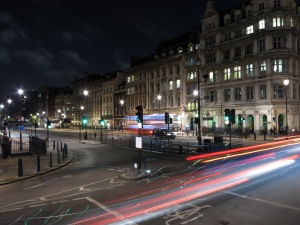 Firstly, why are you writing? Are you writing for fun? Do you hope to one day be published? There are many ways to approach what to write. You could come from the direction that you want to pick something that is highly publishable in the current market. I, personally, dislike this view and think that you should write whatever you want! Just because something isn’t popular now, doesn’t mean it won’t be a few years down the line.

If you hope to finish writing your book you need to pick a project you love and will enjoy writing. You need to pick an idea that makes you excited and passionate. Writing about something you really care about will produce the best results.

If you have several ideas and aren’t sure which one to work on set them side by side (physically or in your head) and consider: how original is the plot, do I like the characters, does the idea excite me? If you’re really not sure you could put them in a hat and pick one at random!

Or, you want to write a book, but you don’t really know what to write about. Don’t force any ideas, let them come naturally. Immerse yourself in music, films, games, books, art, anything that you could draw inspiration from.

Whatever you do, just remember to actually get to the writing part!

Ideas suggested in Writing Corner are just that, suggestions, and may not suit every writer.

Interstellar tells the story of a group of explorers’ journey through space to save humanity from extinction. The protagonist, Cooper (Matthew McConaughey), is persuaded by a scientist (Michael Caine) to embark on the mission, which means leaving behind his two children. They must travel through a wormhole in space in an attempt to find habitable planets in another galaxy.

This is a very long film, and at first it was quite slow to get going. The descriptions and trailer don’t give much away about the plot so I wasn’t sure what to expect, and wasn’t sure where it was going at first. Despite a slow start it does pick up fairly quickly. The visuals are stunning and the amount of detail used makes it incredibly real to watch. The end of the world aspect of the plot isn’t all that original, but the story is very well executed. There are a lot of twists and turns in the plot which means you never know what will happen next.

As well as being a stunning science-fiction film, Interstellar also deals with family relationships and conflicts. The aspect of the story of Cooper having to leave behind his children runs through the whole film, and you wonder the whole way through ‘will he ever see them again?’. The portrayal of the family relationships is done very well and gives the film a lot of depth that meaning science-fiction films lack in their attempt to provide a visually stunning thrill ride. This film, however, balances action and drama very well.

The acting in the film is excellent. Matthew McConaughey is excellent as Cooper, portraying the ups and downs of the mission very well. Anne Hathaway and the rest of the cast also play their roles well, showing how different characters deal with the situations presented to them.

At times the plot was very confusing, and perhaps would have been understood better with more scientific knowledge. That said, even though I don’t know much about science I still got what was going on. At times the scientific jargon was a little confusing though. I think, like with Inception, it will take at least another viewing to fully understand everything.

I would definitely recommend seeing this if you are a fan of science-fiction, and even if you are not, the family drama makes it likeable for a mixture of viewers. Do bear in mind that it is a very long film, and you will need to think a bit to understand what is happening. It is very much worth a watch and is probably one of those films that needs to be seen in the cinema.

The sunset this evening was simply stunning, it was a privilege to witness. So, naturally, I just had to take some snaps! 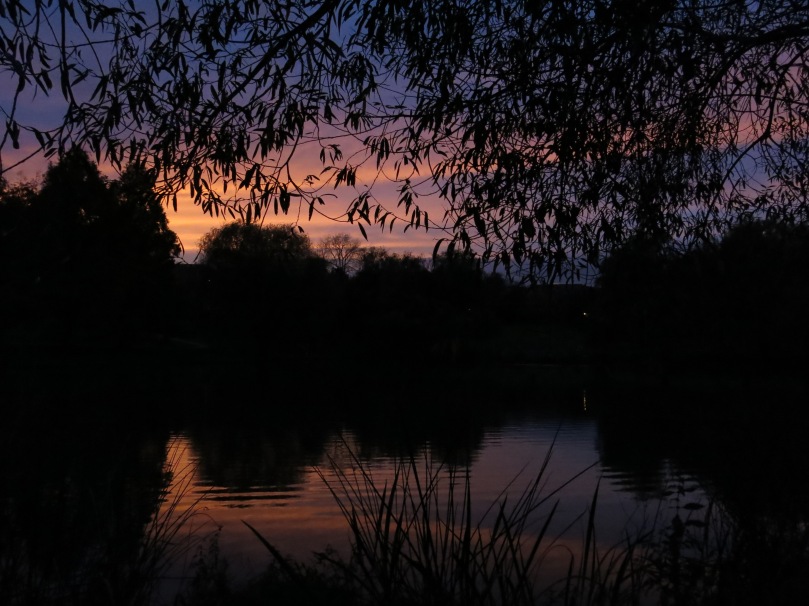 Have you watched Shadow and Bone? I've only watched the first episode so far but I'm loving it! The sets and costumes are stunning, and the acting is just on point. 😍
Shadow and Bone is out on Netflix tomorrow!! 🥳 I'm so excited to see the world of one of my favourite series come to life on screen!
Crownchasers reminded me why I love YA scifi and why I need more or it! This book was such a wild, planet-hopping adventure and I had a lot of fun reading Alyssa's character. I cannot wait for the sequel, Thronebreakers, to come out in October!
A Dark And Hollow Star by @paper.ashley is one of my fave reads of the year so far! I was lucky to get an eARC and just had to preorder a finished copy. The world building is so creative and immersive, and the characters came to life in the pages. This book was such a fun ride!
Just finished this massive novel, but it was so worth it! I loved the way all the character's stories were interwoven through the book, coming together for an epic finale. And the detail in the world building was exquisite. @say_shannon has crafted a book that came to life in my hands. If you're hesitant about picking this up because of its length, trust me you don't want to miss out!
Recently I reorganised my shelves and finally managed to fit on my gorgeous @illumicrate Daughter of Smoke and Bone book ends! They are so stunning, one of my fave pieces of bookish merch!