This topic is pretty open for interpretation, and my list incorporates a variety of reasons to be thankful for. There are so many books that could be included on this list, but I’ve listed the ones that came to me first, that were my instinctive choices. T5W is a group hosted on Goodreads, if you’d like to participate check it out here.

The Dragonlance Chronicles: Dragons of Autumn Twilight by Margaret Weis and Tracy Hickman

This book series really increased my love of fantasy even more, and provided one of the biggest inspirations and fuels for my forays into fantasy writing. I loved the world and the characters (and of course – dragons). I just fell in love with the story and characters. It’s been a while since they read them actually so I really ought to re-read them and remind myself why I love fantasy so much.

END_OF_DOCUMENT_TOKEN_TO_BE_REPLACED 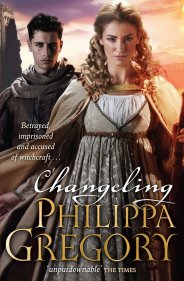 In 1453, seventeen-year-old Luca Vero, accused of heresy and expelled from his monastery, is recruited to help investigate evil across Europe but frees his first subject, Isolde, from captivity in a nunnery, and together they seek the one who defends the boundaries of Christendom and holds the secrets of the Order of Darkness.

Philippa Gregory is such a well known name in the book world, and especially in historical fiction. This was my first time reading one of her works and unfortunately it was a poor introduction. It really wouldn’t encourage me to read any of her other books, but I would have hoped some of her other novels are far better than this. It was quite shocking to read such a bad book by a bestselling and well-known author.

The premise is interesting and had potential, but it fell a long long way from that. My main issue with this book is the plot – or lack of it. It reads like its split in two halves. The first half of the book is readable but unremarkable. Luca is investigating witchcraft at the nunnery where Isolde has recently been made Lady Abbess. I found the mystery intriguing and didn’t guess the ‘solution’ to the investigation. It wasn’t a great mystery, but it was okay. There was just about enough to keep me reading.

It went quite downhill after that point. The second half of the book is a rambling mess with no direction. Coincidence after coincidence follow one after another. They happen to stumble upon another unusual happening to investigate totally by chance and decide to get involved, but it’s totally unconnected from the first half of the book. I couldn’t get into the second half at all because I could not see the point of it. The ‘solution’ to this investigation was highly predictable. I guessed it almost instantly so there was nothing to keep me engaged. There was no end goal, no point. There wasn’t even a point in all the characters being there except Gregory wanted them to all be there, so she found a lame excuse to shoehorn them all together. The plot (if you can call it that) is poorly planned out and it just seems to be a random jumble of events.

END_OF_DOCUMENT_TOKEN_TO_BE_REPLACED

QOTD: Are there any books you would love to see made into a film or TV show? 🎬
QOTD: What new books are you excited about this month? 📚
Happy Pride Month! 🏳️‍🌈 🥰
Audiobook review - The Atlas Six by Olivie Blake 🪶
Unboxing the April @fairyloot box! 🧚‍♀️
I realise as I write this post that it is nearly the end of May, so this is a bit late, but there are some new releases I'm really excited for this month and wanted to share them!