This topic is pretty open for interpretation, and my list incorporates a variety of reasons to be thankful for. There are so many books that could be included on this list, but I’ve listed the ones that came to me first, that were my instinctive choices. T5W is a group hosted on Goodreads, if you’d like to participate check it out here. 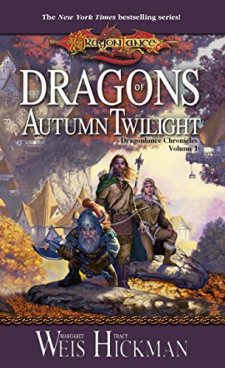 The Dragonlance Chronicles: Dragons of Autumn Twilight by Margaret Weis and Tracy Hickman

This book series really increased my love of fantasy even more, and provided one of the biggest inspirations and fuels for my forays into fantasy writing. I loved the world and the characters (and of course – dragons). I just fell in love with the story and characters. It’s been a while since they read them actually so I really ought to re-read them and remind myself why I love fantasy so much. 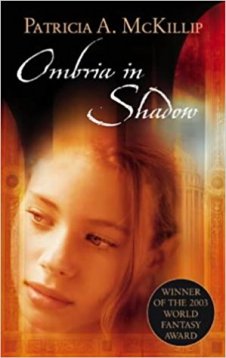 Ombria in Shadow by Patricia McKillip

Ombria in Shadow was so different to other fantasy books I had read; it really opened my eyes to what fantasy could be. That it could be lyrical and mysterious, not just epic. This was the first book by McKillip I read and I fell in love with her writing style immediately. It was instantly my favourite book. She’s also one of my favourite authors and I’ve loved other books by her as well.

The Hunger Games by Suzanne Collins

I know, such an obvious choice, but I really can’t imagine life without the Hunger Games books. I could read them again and again because they’re so thought provoking but also totally engaging. Each one in the trilogy is brilliant and hard-hitting for different reasons. I’ve chosen the first book for this list, as this is where it all started, and the rest of the series wouldn’t have existed without it.

Thirteen Reasons Why by Jay Asher

Some books just stick with you and this is one of them. A real eye-opener. I found listening to Hannah’s tapes through Clay an interesting narrative choice and one which really worked for the story Asher was telling. It was haunting to read. There’s some important messaged in this book.

The Shock of the Fall by Nathan Filer

This was a hard book for me. I struggled to get through it. It was painful to read. But it was the most amazing book. An element of it hit really close to home, and I found it quite upsetting to read, but I feel like I came out stronger on the other side.