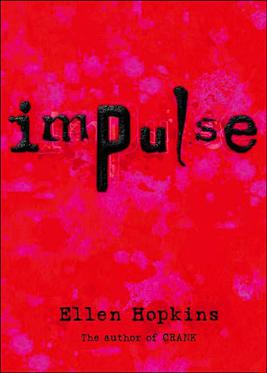 Sometimes you don’t wake up. But if you happen to, you know things will never be the same.

Three lives, three different paths to the same destination: Aspen Springs, a psychiatric hospital for those who have attempted the ultimate act — suicide.

Vanessa is beautiful and smart, but her secrets keep her answering the call of the blade.

Tony, after suffering a painful childhood, can only find peace through pills.

And Conner, outwardly, has the perfect life. But dig a little deeper and find a boy who is in constant battle with his parents, his life, himself.

In one instant each of these young people decided enough was enough. They grabbed the blade, the bottle, the gun — and tried to end it all. Now they have a second chance, and just maybe, with each other’s help, they can find their way to a better life — but only if they’re strong and can fight the demons that brought them here in the first place.

Although I have read plenty of poetry and plenty of novels, I had yet to read a novel in verse until Impulse by Ellen Hopkins. The book looks dauntingly thick, but is actually an incredibly quick read since there aren’t all that many words on each page. It explores how three teenagers came to be at Aspen Springs psychiatric hospital and doesn’t shy away from dealing with complex issues.

The book uses three different narrators – Vanessa, Tony and Conner – with headings to show which is which. It switches between the perspectives about every three poems. Surprisingly, I was mostly able to keep track, but there were times where I forgot which point of view it was, got confused, and had to flick back and check.

I enjoyed my first novel in verse, and liked that Hopkins didn’t go overly flowery and poetic with the language, as that would have come across as quite unrealistic for the voices of most teenagers. The characters were developed slowly, their personalities pieced together as different bits of their past were revealed. I liked that the three protagonists, although very different, had things that connected them. I thought Vanessa’s point of view was written very well, and found the way Hopkins described the experience of bipolar to be effective for imagining what it would be like.

While reading, I questioned the realism (and sense) of taking a group of patients on some kind of wilderness training thing as the last stage before they would be allowed to be discharged. However, after some internet searching, I discovered that wilderness therapy is an actual thing. Maybe it was just hard to keep track of the passage of time, but it seemed like the characters were able to get to that stage quite quickly, which seemed quite surprising (they would start at Level One and progress up to get different privileges until the wilderness training).

In future, I wouldn’t turn away from a novel in verse, and would consider reading more of Ellen Hopkins’s work, as this seems to be her narrative style of choice for her novels. The book was both quite dark and deep, exploring the troubled pasts of the characters and their thought processes.