It’s Valentine’s Day! And it’s got me thinking about romance in fiction, so I’ve decided to write a fun little post about how romance and relationships are portrayed in YA literature. In this ranking system, Snog is something I like to see in books, Marry is something I love or think works really well, and Avoid is the kind of thing that I dread finding in books. 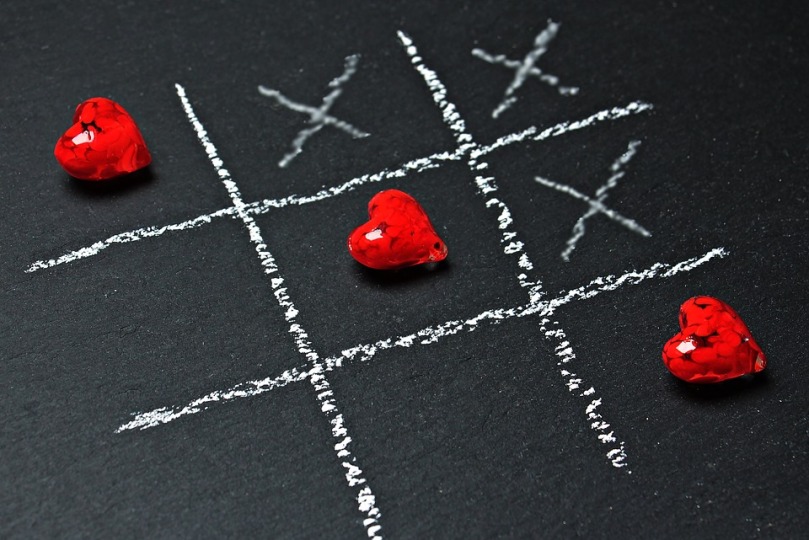 When done badly, love triangles can completely ruin a book. When done well, they aren’t irritating and can actually be enjoyable. For a while I read so many love triangles that I absolutely loathed and became a love triangle hater, but over the years I have come to appreciate that most elements of a story aren’t bad, it’s all down to how to author handles that element. While I’m still not a fan of love triangles, I wouldn’t avoid them, because they can be enjoyable when written well. Conclusion: Snog

A romantic plot is so much more satisfying when two characters slowly build their relationship. When they learn things about each other as the book progresses and the author leaves room for their relationship to evolve and grow. Conclusion: Marry

This is one of my biggest pet peeves. Insta-love is so unrealistic, never mind boring to read about. I want to read a story where two people grow to care for each other, not where they slobber at each over across the canteen. Yes, there can be insta-attraction. But not insta-love. Conclusion: Avoid

There’s only so many times you can read a scene where two people get stuck in a cabin the middle of nowhere and end up having to share a bed, or trapped in any kind of space where they are forced to communicate and, sometimes, get a little physically closer than usual. My instinct is to say Avoid, but doesn’t everyone find a little guilty pleasure from those scenes? They can provide tension and really force characters to get to know each other. But it has been done so many times. Conclusion: Snog

There has to be more to the main character’s life than romance. Even in romance fiction. A character can’t solely be defined by their relationship to one other character. They have to be rounded, have personality, and have hopes and dreams outside of their relationship. They need to have friends and family to interact with, not to ignore for a whole book just because the romance is the forefront of the story. Conclusion: Marry

Do you agree or disagree with my thoughts? What other romance elements do you love and hate? Let me know in the comments!