The July Camp NaNoWriMo (National Novel Writing Month) is just around the corner, so I thought I’d share a few little bits of advice from having done NaNoWriMo twice before. 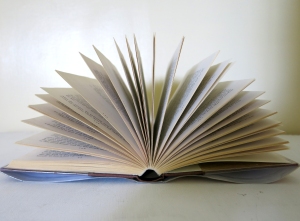 1. Pick a project you love. You’re going to be working on the same book for a whole month so you need to pick a story which you have fallen in love with and desperately want to write or you could lose interest or give up.

2. Pick a realistic target. One of the plusses of Camp NaNoWriMo is that you can pick your word count goal, whereas the original November NaNoWriMo is fixed at 50,000 words. So if you’ve got a lot of work on or you have exams coming up and there isn’t really any way you could reach 50,000 in that month just set yourself a lower target! Don’t try to aim high, aim for what you can realistically achieve in that month. 10,000 or 20,000 might be a realistic and amazing achievement for some. I was over the moon when I managed to write 18,000 words for my first NaNoWriMo in 2011!

3. Plan. I know not everyone likes planning, but in the case of NaNoWriMo I would say at least some planning is essential for success. If you’re writing a book over a few months or even years you have the luxury of being able to dip in and out and plan as you go along if you wish. With NaNoWriMo if you don’t plan and get stuck you could lose a day or two writing time while you’re trying to figure out what will happen next, whereas if you plan all you have to do is actually do the writing part! Obviously you might still get stuck even if you plan, but I’ve found it’s the best way to approach NaNoWriMo.

4. Don’t fall behind. It’s easy to think ‘oh it won’t matter too much if I miss out today since I’m quite busy or I feel a little tired’, but missing out writing for just one or two days can make you massively behind, and then you’re left with a mountain to climb in the remaining days. Try to at least write something every day, even if it’s only a couple of hundred words because then at least it’s not nothing and it won’t be so hard later on.

5. Try and get ahead! If you have a day where you have lots of spare time don’t limit yourself to your daily word count goal. This may sound obvious, but when you get to it it’s very easy to think ‘I’ve reached my word count goal for today so I’ll do something else’ but if you have the time that day then writing extra can be very beneficial. Then later on if you have some days where you don’t have much time you won’t need to write as many words that day because you’ll have written extra on previous days.

Good luck to everyone taking part!